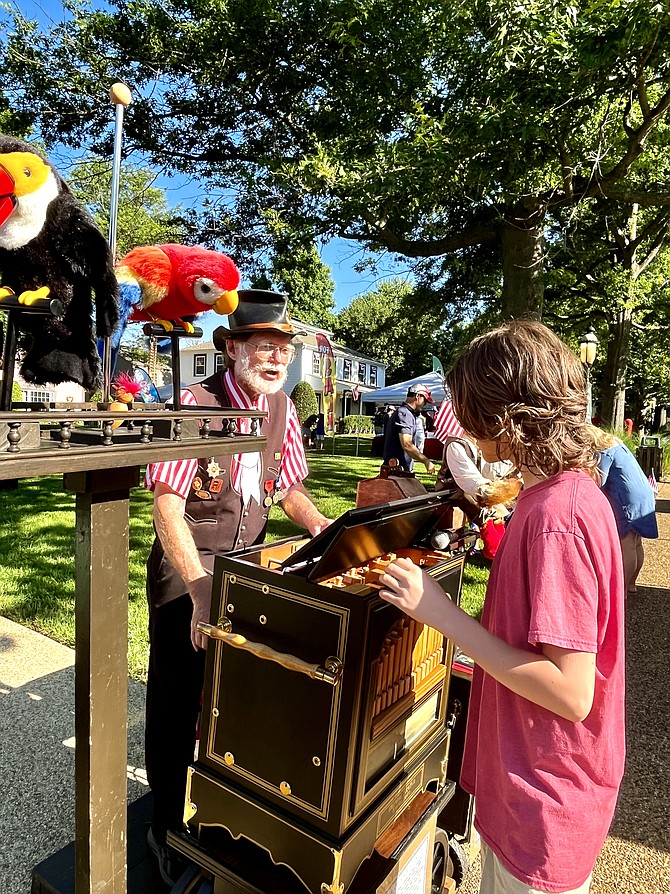 Celebrate Great Falls produced its annual Fourth of July Hometown Celebration and Fireworks in all its splendor. According to Piper Ryan, almost 100 volunteers participated in supporting the all-day event. One of the volunteers was Azure Briguglio, 12, of Great Falls. When asked what he was doing, Azure said, "Learning the value of service and enjoying it," much to his mother's pleasure.

Earlier that morning, families with small children had gathered at the Village Centre Green to participate in the Little Patriots Parade, an event sponsored by the Women's Club of Great Falls. Roz Drayer, an original and annual sponsor of Celebrate Great Falls and who still supports it, predicted the "fabulous turnout," for the parade because of the weather.

Peter Brunett, a grandfather from New York, brought his 2-year-old granddaughter Cordelia to the parade. She became enthralled by organ grinder Terry Bender's plush stuffed monkey. Grandpa held Cordelia up high, level with the mechanical monkey, to watch its mouth open and close. Grandpa appeared to take great satisfaction in his granddaughter's delight and tight hugs when watching the monkey, all part of the appeal, family fun, at the 4th of July events.

After leading the Little Patriots procession and circling the Village Green, Mark Casso of Great Falls returned to head the main parade to loop around the Village Centre parking lot.

"I do it for the kids, to educate them," he said, dressed as a soldier from the American Revolution. The parade featured all things Great Falls — vintage vehicles, community groups, civic officials, politicians, and children walking in the parade dressed in their sport and organization uniforms, flinging candy to the crowds lining the route as is customary for hometown parades.

After that, there was more fun on the Village Green with a bouncy house, inflatable slides, and food and beverages.

By 6 p.m., the venue changed to Turner Farm for the fireworks viewing, which began reportedly at "9:07," but not before the live music, games, and food trucks. 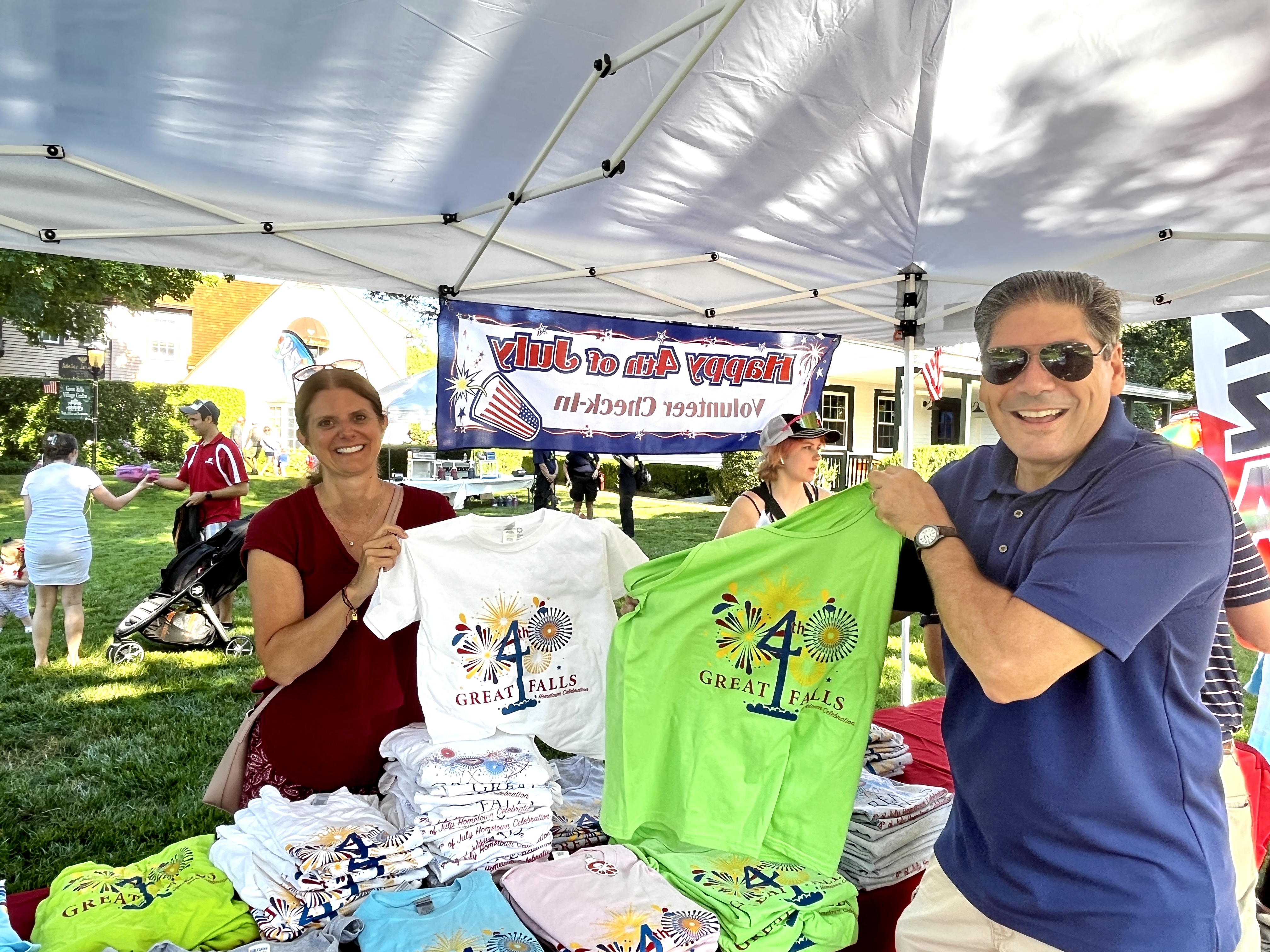 Piper Ryan and Frank Pieruccini of Great Falls hold up a couple of the over 100 volunteer shirts that await pickup by registered volunteers who are the backbone of the celebration. Photo by Mercia Hobson/Connection Newspapers